This year's Annual Members' Exhibition was held at the Abbotsford Convent over the weekend of 10th and 11th September in conjunction with the Wa Ikebana Festival. Fifteen members of the Victorian Branch participated in the two days of the exhibition. Five teachers took part in a demonstration on the Saturday afternoon. 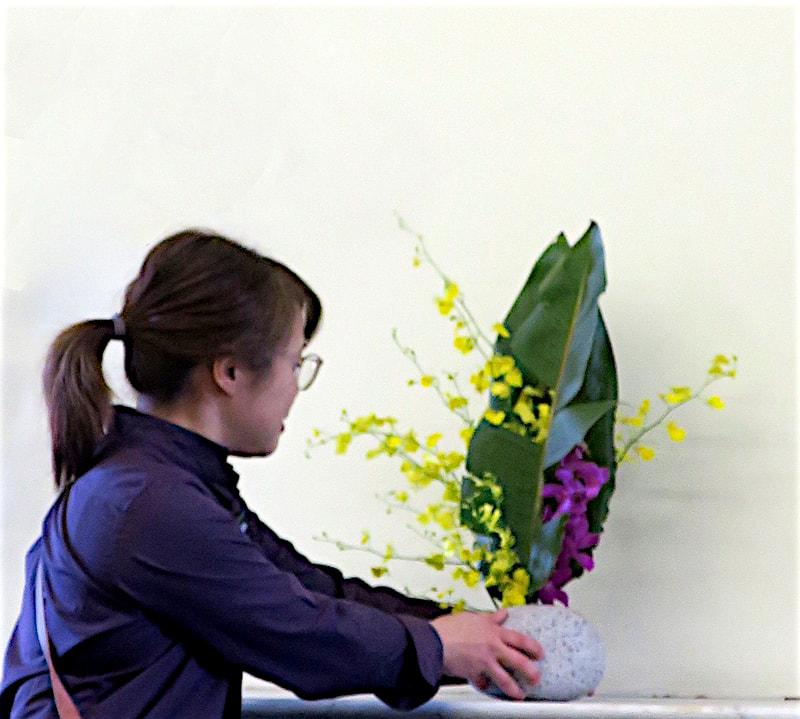 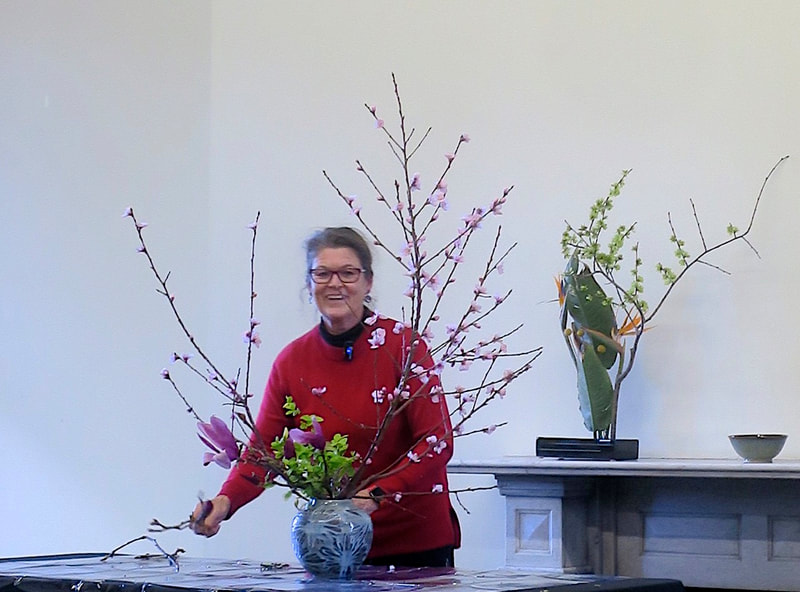 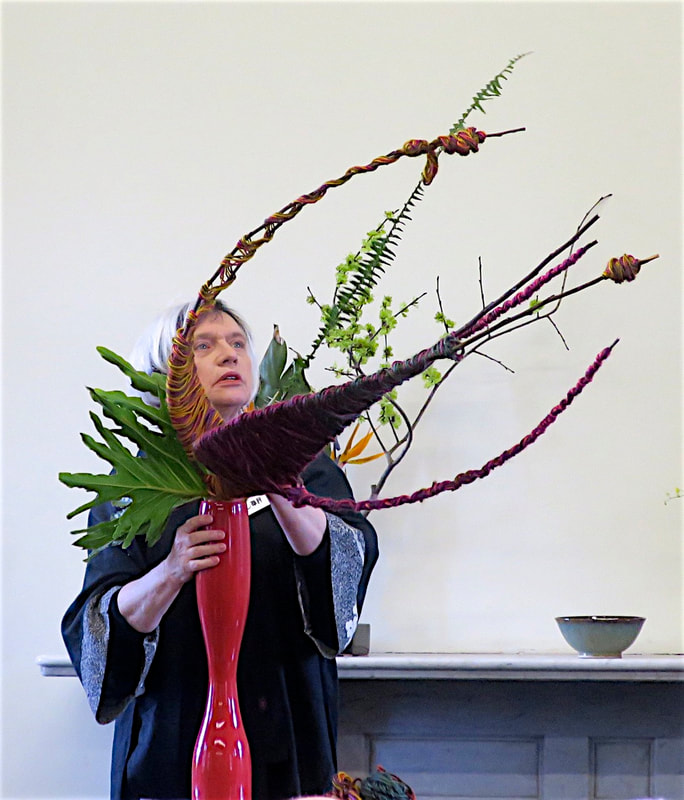 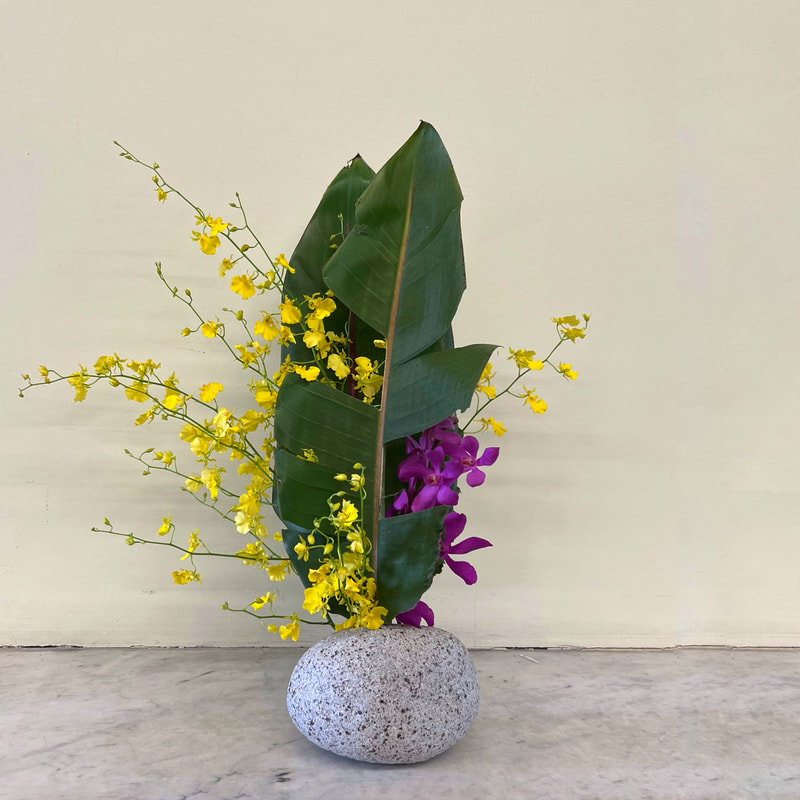 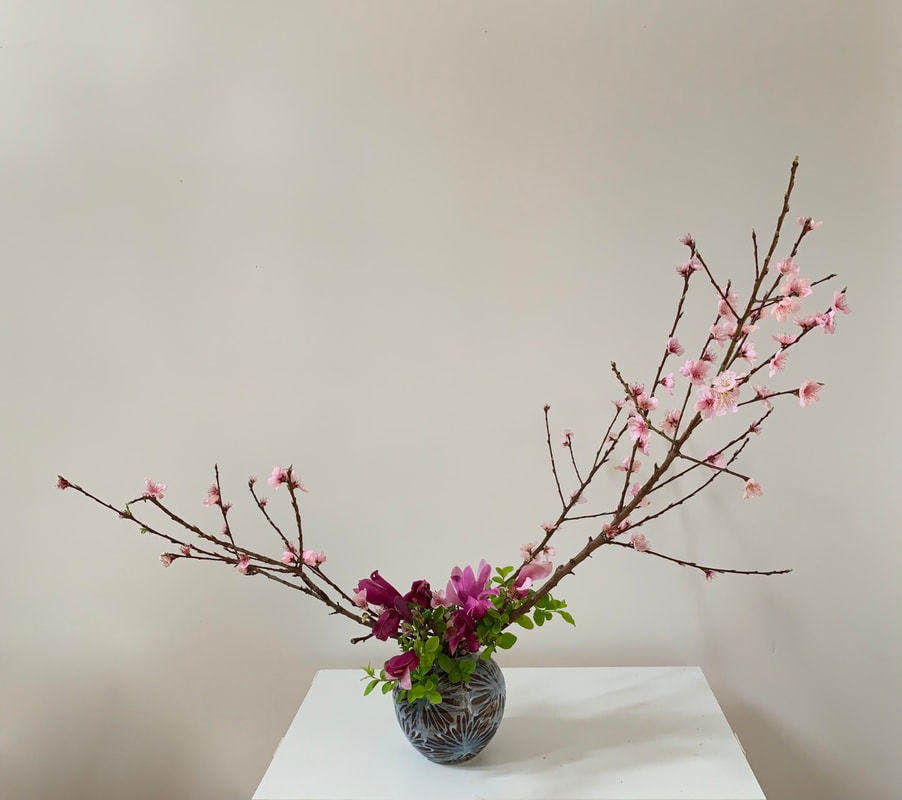 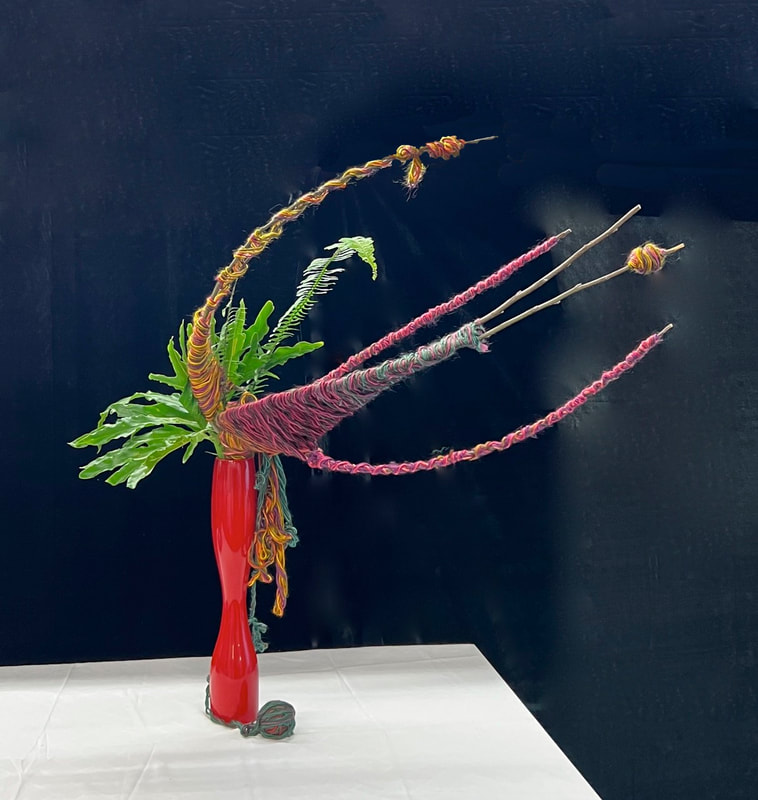 The other two demonstrators were Susan Healey and Christopher James. Their demonstration ikebana works are below.
​ 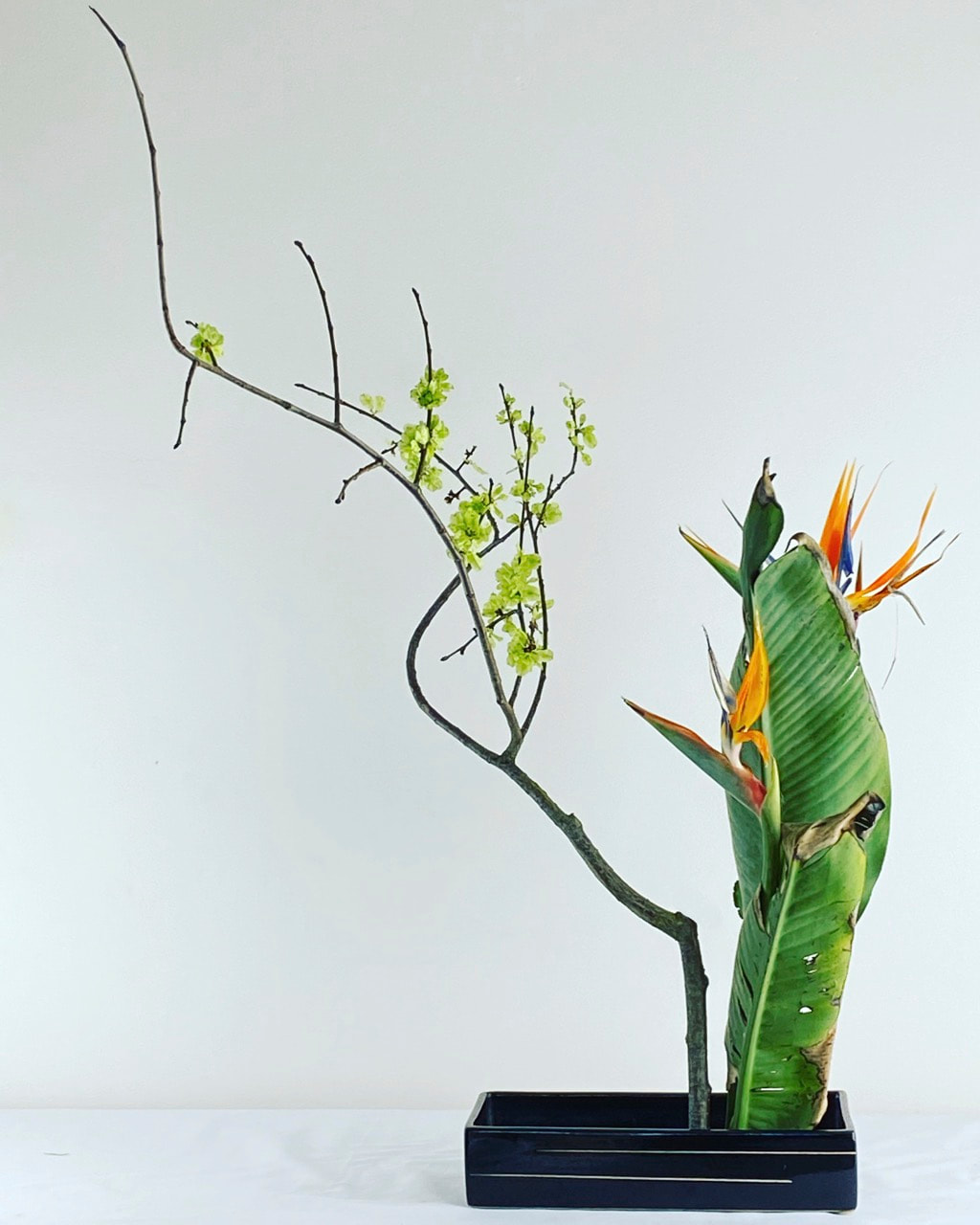 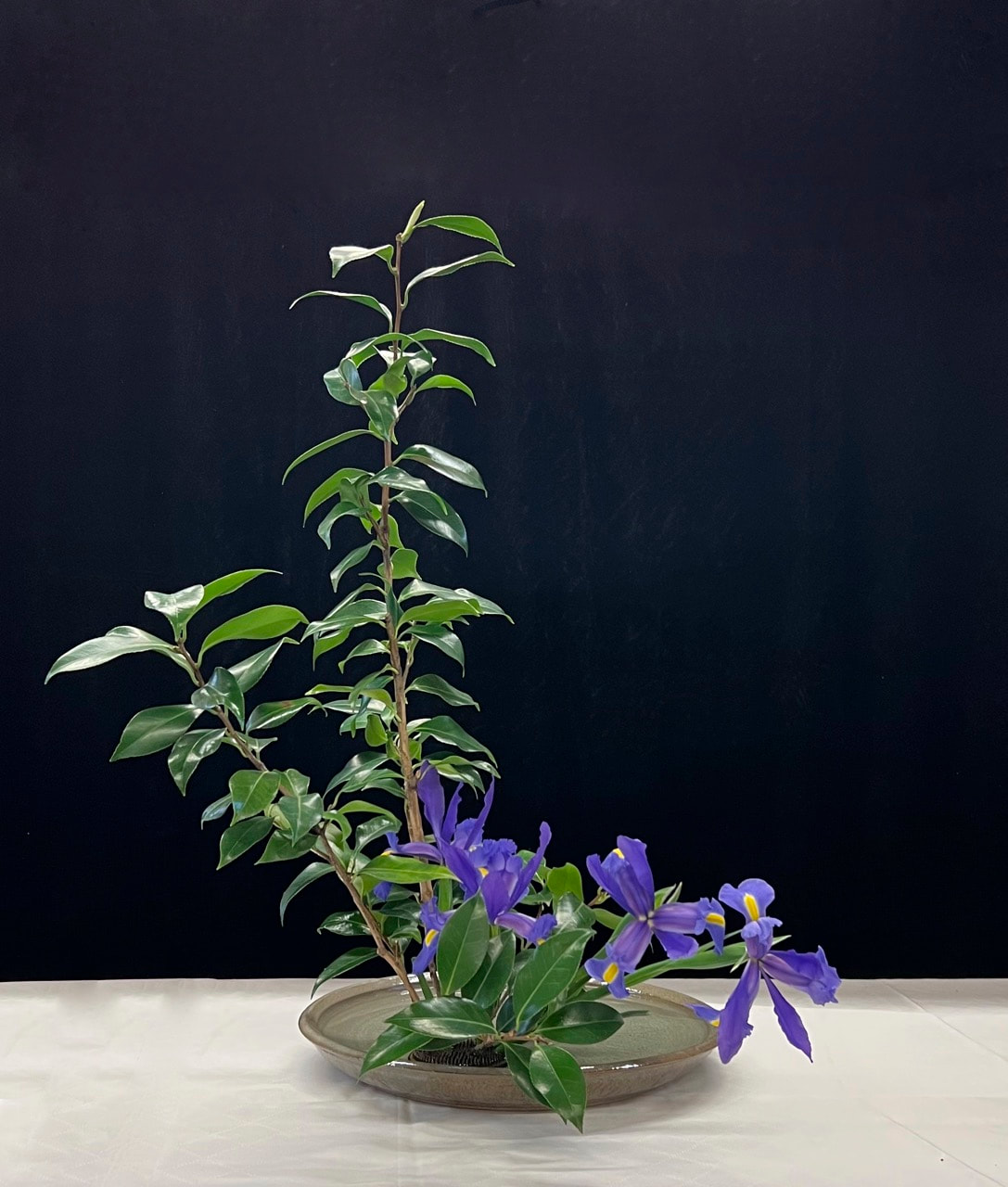 Below is a slide show of the ikebana exhibition.
​
​

The Annual Members' Exhibition for 2019 is being held again this year at the Hawthorn Arts Centre, the former Hawthorn Town Hall. The exhibition is in the large open foyer between the performance space and the visual arts gallery. Twenty six members are participating over two sessions, creating individual and one collaborative ikebana work.

In setting up this exhibition we were assisted by the staff of the Hawthorn Arts Centre under the guidance of the curator Ms Rachel Keir-Smith.

As the Director of the Victorian Branch I am indebted to many of my ikebana colleagues, especially those who have given their time and talents to represent the great variety of individual styles inherent in Sogetsu Ikebana.

​Additionally, Elizabeth Angell and Lucy Papas facilitated the logistics needed to deliver the plinths and shoji screens to the exhibition venue. Curation and layout of the exhibition has been done by myself, Christopher James, assisted by Jenny Loo.

The second session of the exhibition opened on Tuesday 23rd. On the following Friday the Branch Director had the privilege of escorting Mrs Yoko Matsunaga, the wife of the Consul-General of Japan, around the exhibition. Mrs Matsunaga, who has studied ikebana in the past, enjoyed the exhibition with the insight of her own experience. 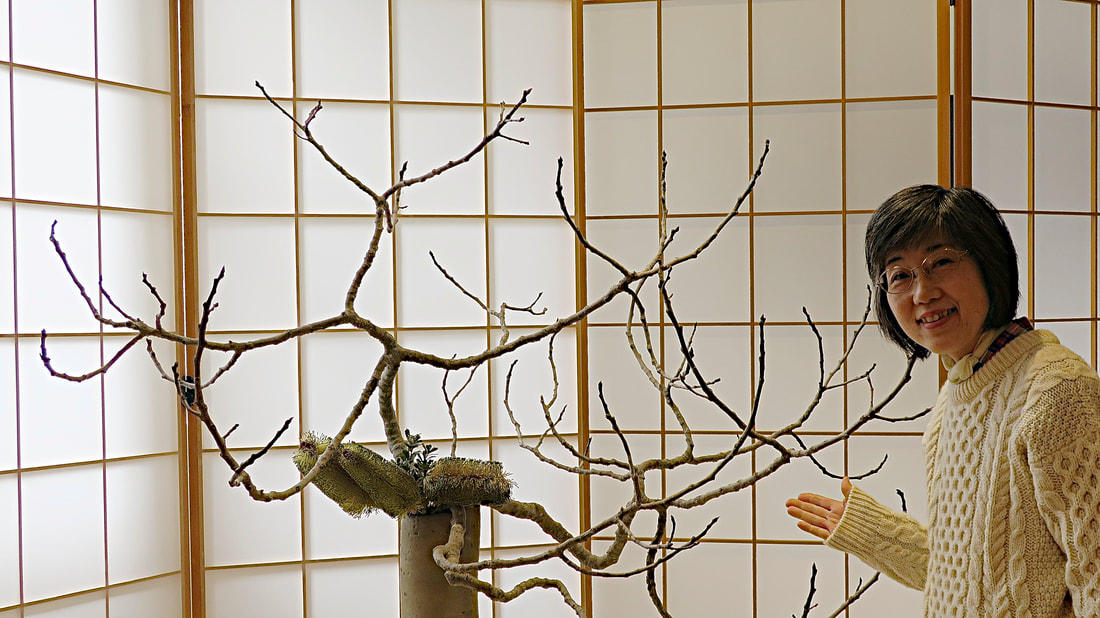 ​The following slide show is of ikebana from the second session of the exhibition.

Below is a slide show of the first session of the exhibition.

On Saturday 20th a demonstration was given by Toula Karanikolopoulos at the official opening of the exhibition. Below is a slide show of some of the arrangements she created.

The Annual Members' Exhibition for 2018 is being held for the first time at the Hawthorn Arts Centre, which is in the former Hawthorn Town Hall. Below is the old Town Hall building seen from the street. The space for the exhibition is in the large open foyer between the performance space and the visual arts gallery, on the left-hand side in the photo. Twenty one members participated creating individual and collaborative ikebana works which have been exhibited over two sessions.

In setting up this exhibition we were assisted by the staff of the Hawthorn Arts Centre under the guidance of the senior curator Ms Elle Groch. The exhibition was also supported by a Community Arts Grant provided through the city council.

As the Director of the Victorian Branch I am indebted to many of my ikebana colleagues, especially those who have given their time and talents to represent the great variety of individual styles inherent in Sogetsu Ikebana.

​Additionally, Kaye Wong, Head of the Ichiyo School, kindly organised the delivery of the plinths to the exhibition venue. Lee Johnstone graciously escorted Mrs Matsunaga, the wife of the Consul General of Japan, around the exhibition. And Robyn Unglik with clear-headed professionalism assisted and directed the resetting of the exhibits following unexpected work being undertaken by the building maintenance staff. 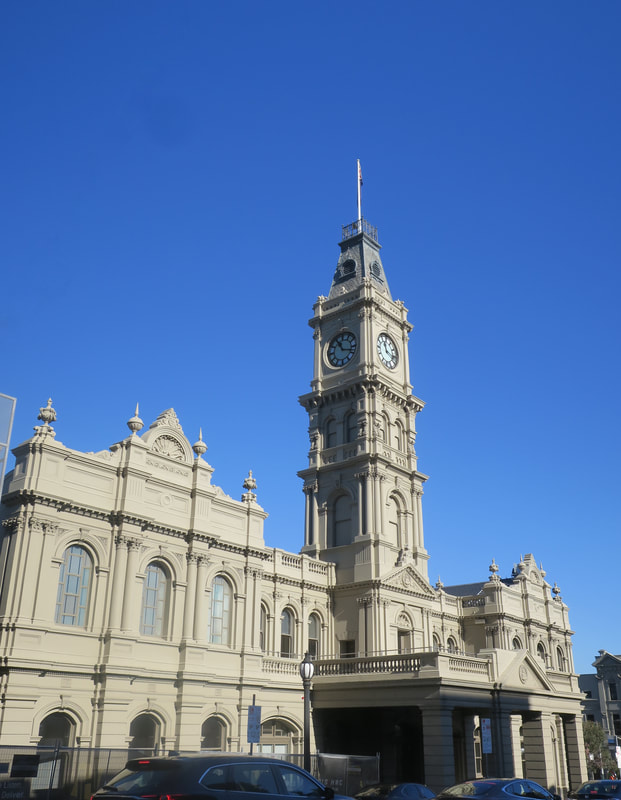 On Saturday 9th June a formal opening was held in conjunction with the opening of an exhibition by members of the Hawthorn Artist's Society. Lara Telford, assisted by Akemi Suzuki, gave a half hour demonstration in which she created five ikebana arrangements and spoke about the philosophy and style of the Sogetsu School.

The Annual Members' Exhibition for 2017 was held at the Malvern Artists' Society Gallery in High St. Malvern and curated by Christopher James assisted by Margaret Wilson and Helen Quarrell. Since we last used this gallery 4 1/2 years ago the amount of track lighting has been increased enabling better illumination of the ikebana works. Twenty one members exhibited and an additional two members kindly assisted on the roster during the opening hours of the exhibition.

The first slide-show is of four general view of the gallery.

The next slide show is of individual images of the ikebana created for the exhibition.
​
​2016 Exhibition

The Annual Members' Exhibition for 2016 runs from Monday 2nd to Saturday 14th May at East & West Art, in High St. East Kew. The exhibition has been curated by Thea Sartori assisted by Helen Quarrell. East & West Art gallery, which has a major focus on oriental antiques, also shows contemporary works.

The first two photographs are of the two large ikebana works in the windows of the gallery. 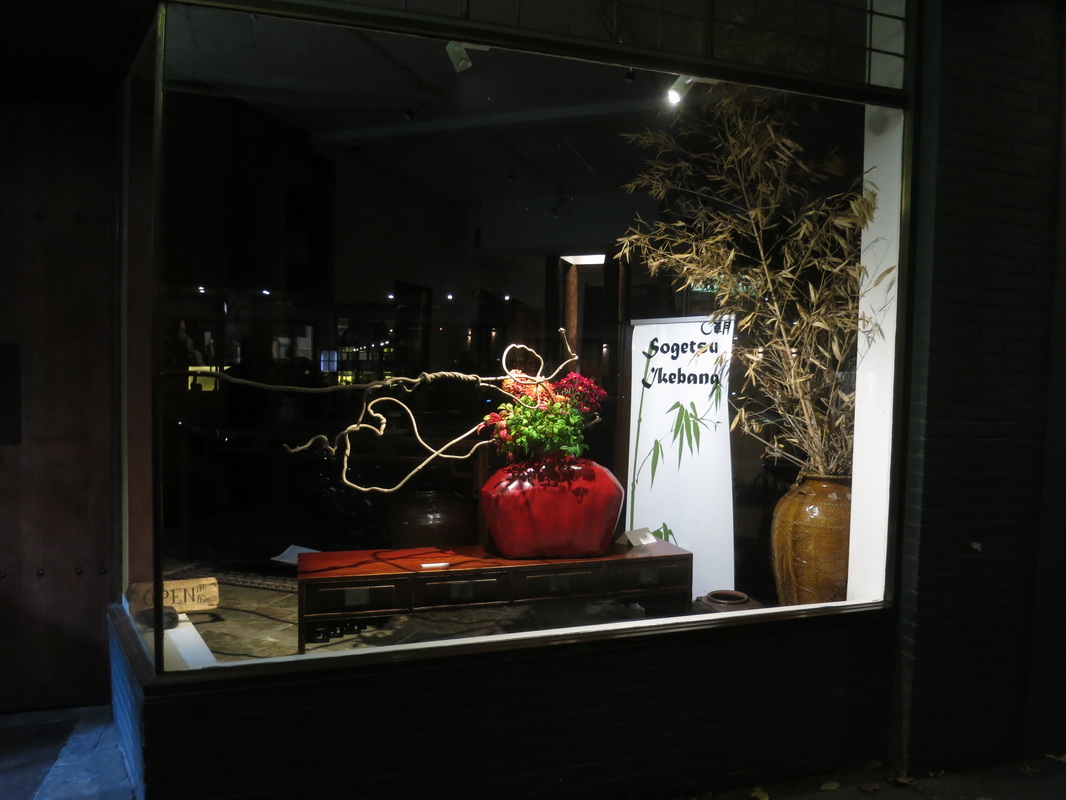 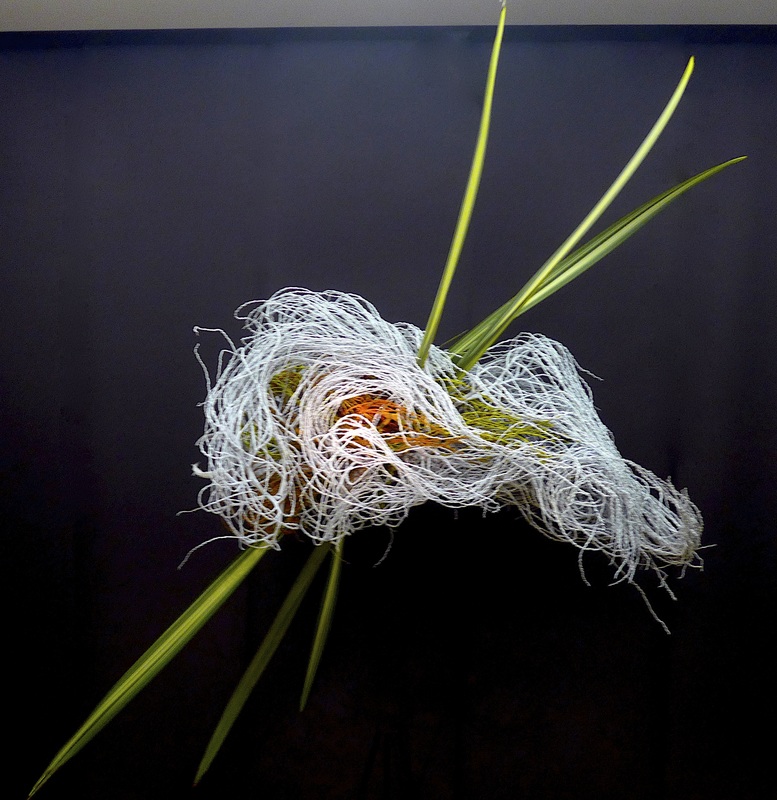 ​Below is a slide show from the second week of the exhibition.

​Next is a slideshow of the works from week one and a couple of photos of the official opening of the exhibition.
2015 Exhibition 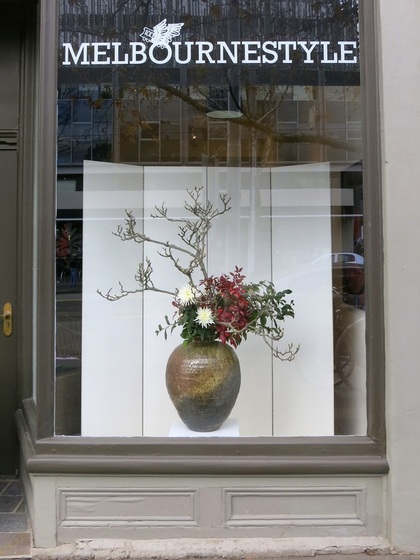 The annual exhibition for 2015 is currently being held at the Melbourne Style Gallery, 155 Clarendon St. South Melbourne. The theme is 'Winter in Ikebana'. Twenty three members have participated in the exhibition producing a great diversity of works that have already delighted members of the public.


The first photo, below, is an ikebana work by Elizabeth Angell the Director of the Victorian Branch of the Sogetsu School. 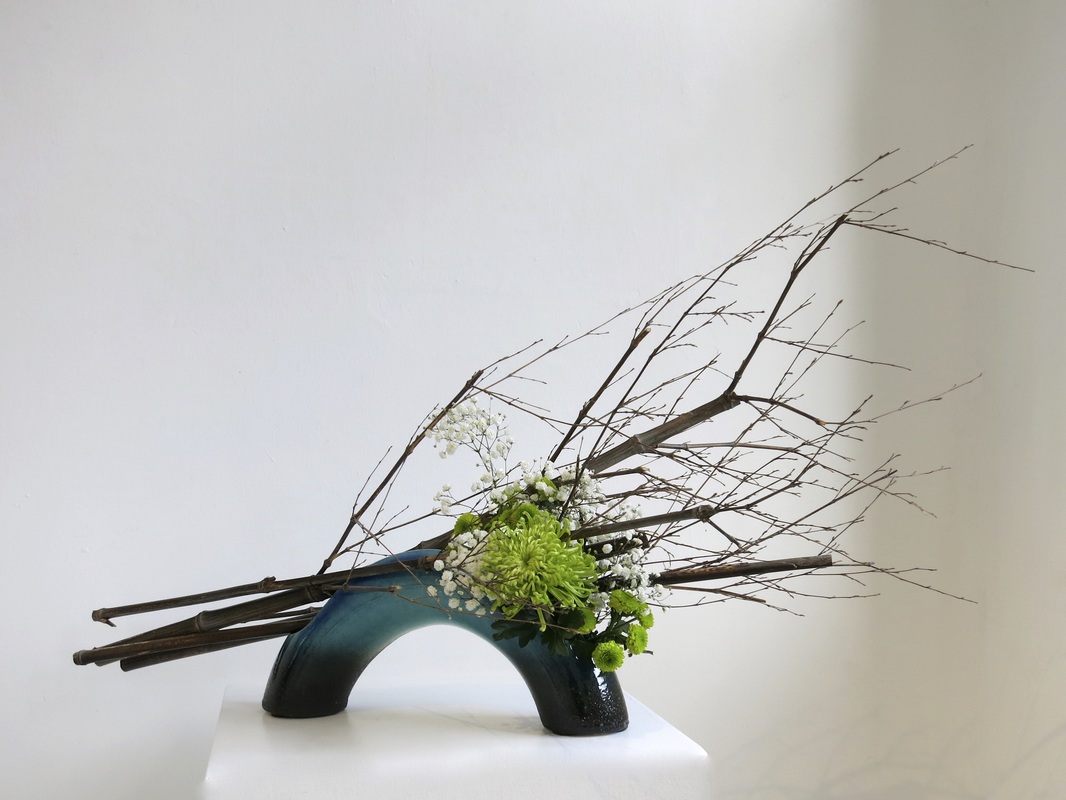 The next series of photos is a slide show of all of the works in the exhibition.

Below, the 2014 Exhibiton
Members' celebrated the 50th anniversary of the Victorian Branch with an exhibition at the Yarra Gallery, Federation Square in the heart of Melbourne. Below is a slide show of the exhibition which had the theme of 'Autumn in Melbourne'. The exhibition was very favourably commented on and attended by 901 people over six days. In addition, below the first slide show is a second one with photos of Mr Kawana's demonstration at Deakin Edge, Federation Square on Wednesday 21st May.